The immediate benefit of 5G technology for Vodacom subscribers in Lesotho includes the quicker deployment of broadband services with fibre-like speeds. With early access to this new technology, entrepreneurs, industry shapers and government will in future be able to work with Vodacom to develop and incubate innovative applications to power digital transformation in Lesotho.

Vodacom Group also announced that, in another first, it has deployed the same standards-based 5G technology in South Africa, with speeds in excess of 700 Mbps and latencies of less than 10 milliseconds*. This will exceed 1Gbps as new software versions and devices become available. Until such time as 3.5GHz spectrum becomes available to Vodacom South Africa, this network will not be available to its customers.

Shameel Joosub, Vodacom Group Chief Executive Officer, says: “Vodacom prides itself on being a market leader and we are extremely pleased to be first to deliver 5G services to customers in Africa. What we’ve accomplished in Lesotho is an example of what can be achieved in Africa, should the requisite spectrum also be made available.

Vodacom will be able to make 5G services available to its customers in South Africa once requisite spectrum is assigned. Global technological advancements are evolving at a rapid pace and South Africa can’t afford to be left behind, particularly when we look at some of the potential use cases for 5G to support critical sectors of our society such as healthcare and education.”

The 3.5GHz spectrum band is considered optimal for 5G network deployments due to its suitability for throughput and capacity and it is not dependent on the digital migration in South Africa. In addition, the 3.5GHz band has adequate indoor penetration characteristics and will lend itself in future to the facilitation of a broad range of consumer and business applications such as smart factories, augmented reality and autonomous vehicles. Vodacom has deployed advanced 5G Active Antennae – also known as Massive MIMO (Multiple Input Multiple Output) - to provide improved spectral efficiency and coverage, enabling increased network capacity. 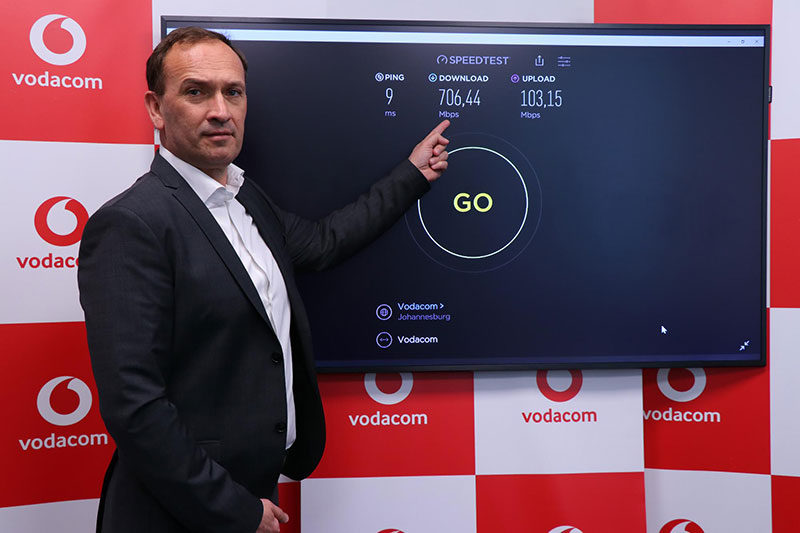